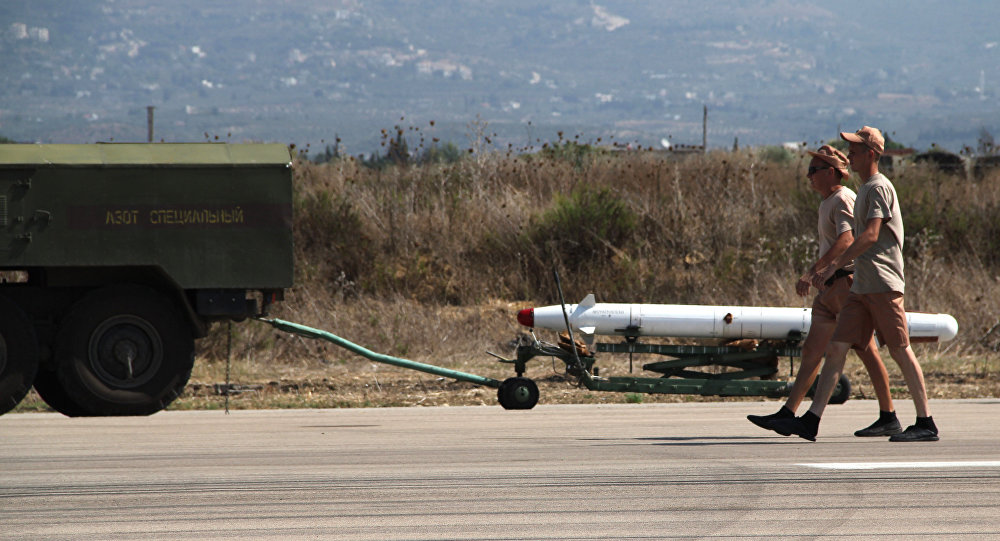 The successful Russian air strikes against ISIL in Syria have exposed the hypocrisy of the United States, an American writer and political analyst said.

Mark Glenn, a writer and co-founder of the Crescent and Cross Solidarity Movement, spoke in a phone interview with Press TV on Saturday. 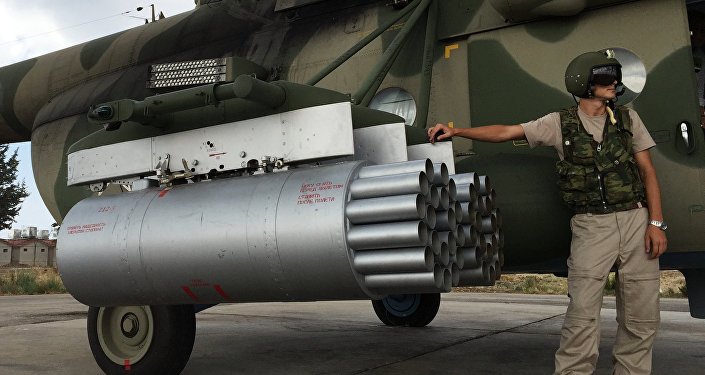 He further said, “So, what in fact was taking place is that the Russians have exposed the Americans for being the outright liars that they are. It was never America’s intention from the beginning to deal with these terrorists.”

He explained that the US officials hoped that the presence of these terrorists on the ground would allow the US or NATO to invade Syria and remove Bashar al-Assad.

On Friday, a senior Russian general said there has been growing restlessness among ISIL militants with their command in Syria as they are getting ‘demoralized’ and are abandoning their locations and fleeing for their lives.

Like Loading...
Russian air forces carried out 67 sorties, striking 60 separate targets in northern Syria in the past 24 hours, the Defense Ministry has reported. Two senior Islamic State field commanders are reportedly among some 300 militants killed in the strikes.

Makushev said that drone footage verified that a precision hit destroyed the headquarters of Liwa-al-Haqq, an Islamist group, which has been fighting the government of Bashar Assad since 2012. Russia said that a radio intercept confirmed the deaths of 200 fighters, and two commanders, who Makushev said belonged to Islamic State.

Another 100 Islamists were killed in an airstrike near Aleppo, in which Russian Sukhoi jets destroyed a base and armaments store housed in a former prison.

“The militants are sustaining significant losses from the airstrikes, and are having to adjust their tactics, spreading out over a wider area, concealing themselves more thoroughly, or hiding in urban settlements,” Makushev said.

“In these conditions, the Russian air forces are continuing and intensifying their airstrikes.”

Russian air forces have carried out airstrikes from a specially-built base outside the government-controlled stronghold of Latakia since September 30, at the behest of Bashar Assad. About 2,000 Russian personnel have been deployed in the country, but Moscow says it has no plans to use ground forces in the fight against militants. 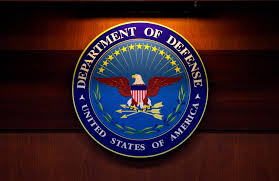 Officials reported details of the latest strikes, noting that assessments of results are based on initial reports.

Near Manbij, one strike struck an ISIL tactical unit and destroyed an ISIL building.

Bomber, fighter, attack, fighter-attack, ground-attack, and remotely piloted aircraft conducted 17 strikes in Iraq, coordinated with and in support of the government of Iraq:

— Near Habbaniyah, one strike destroyed an ISIL weapons cache.

— Near Mosul, One ISIL fighter Rear Mounted to a Donkey was destroyed.

— Near Mosul, one strike destroyed an ISIL tactical vehicle.

— Near Sultan Abdallah, one strike suppressed an ISIL mortar position. 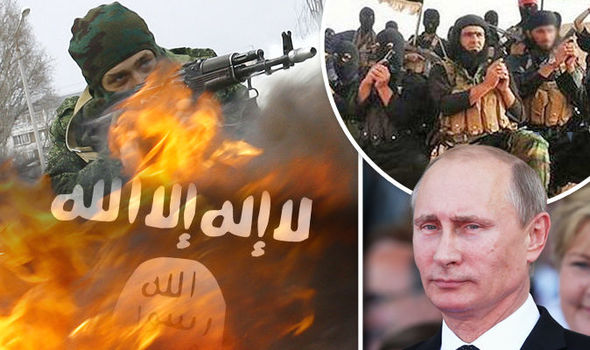 The Russian leader is reportedly mounting an enormous military mission to take control of the terror group’s stronghold of Raqqa.The city is the self-declared capital of ISIS in Syria and is patrolled by as many as 5,000 jihadi members.Putin is set to mobilise 150,000 reservists who he conscripted into the military earlier this week.
An insider revealed: “It is very clear that Russia wants to sweep up the west of the country, taking Raqqa and all the oil and gas resources around Palmyra.”This is fast becoming a race to Raqqa – to secure the oil fields they need to cleanse the region of insurgents, and the IS capital is vital to do that.”It comes a day after Russian jets obliterated nine ISIS outposts in just 24 hours using bunker-busting bombs. 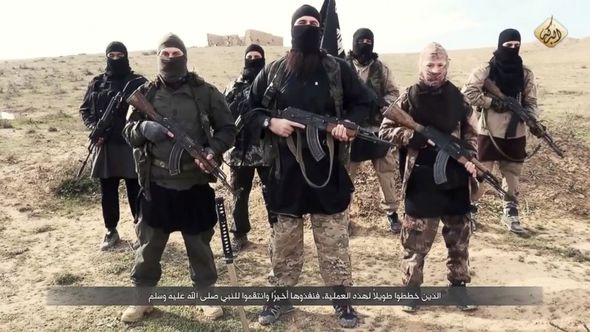 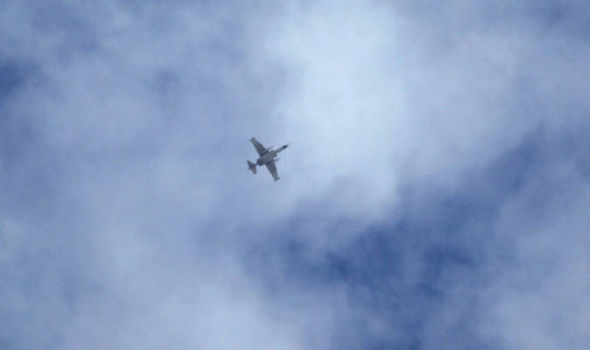 A Russian jet carries out an air strike in Syria 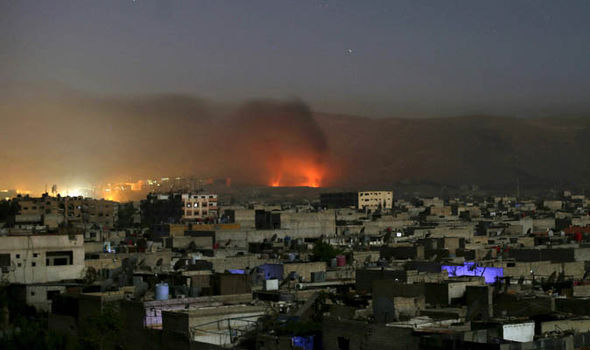 Russian jets pounded terrorist targets and blew up a command centre, potentially killing dozens of fighters.Confirming the successful raids, Andrei Kartapolov from the Russian army vowed to ramp up the pressure, saying: “We will not only continue strikes… We will also increase their intensity.”

Russian fighter jets and bombers are continuing to strike in Syria

“A bunker-busting BETAB-500 air bomb dropped from a Sukhoi Su-34 bomber near Raqqa has eliminated the command post of one of the terror groups, together with an underground storage facility for explosives and munitions.

“These and other highly exact means of attack in recent days have been used to target objects of Islamic State terrorists.

“Command posts, stores of weapons and oil products, workshops where weapons of suicide bombers are made.”

Meanwhile a terrorism expert revealed to Express.co.uk that ISIS have vastly exaggerated their military strength and called on Western leaders to launch a co-ordinated fightback which would obliterate the hate group.

Dr Afzal Ashraf said ISIS has become its own worst enemy with its campaign of terror against the West, which has prompted an international backlash.

He said: “This mythical state will disappear in a matter of hours once the international community decides to act.

“It won’t take very long at all to drive them, if not out of all of Iraq or Syria, then certainly the majority of their territories.

“They will hide in towns, but I would say do not to follow them as they would use innocent civilians as human shields.” 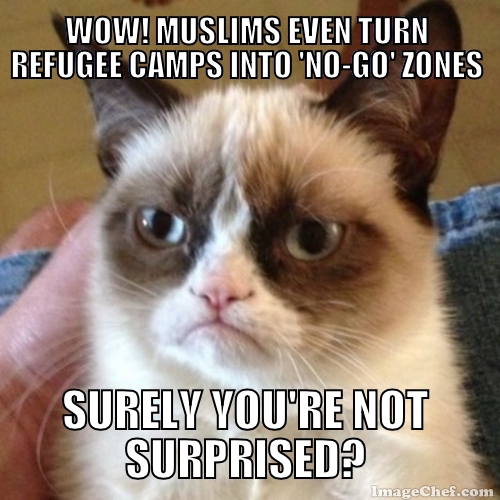 GERMAN DOCTORS are refusing to go alone on out-calls to a refugee camp after being harassed and threatened by intimidating Muslim gangs.

UK Express (h/t Brenda K)  They will not visit the so-called ‘tent city’ near Calden, Germany without a security escort, a police spokesman for the region said. The makeshift camp, which houses more than 1,300 refugees, has been rocked by riots and fights in recent weeks. 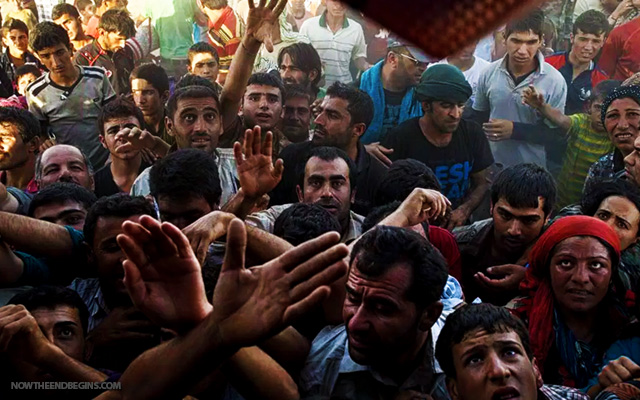 Last month an ambulance was dispatched to the camp but the crew were harassed and the vehicle was attacked, according to reports.

Since then any refugees requiring medical treatment have been required to visit the medical centre at the entrance to the camp. But concerned doctors have demanded police to be standing nearby in case they are attacked by patients. 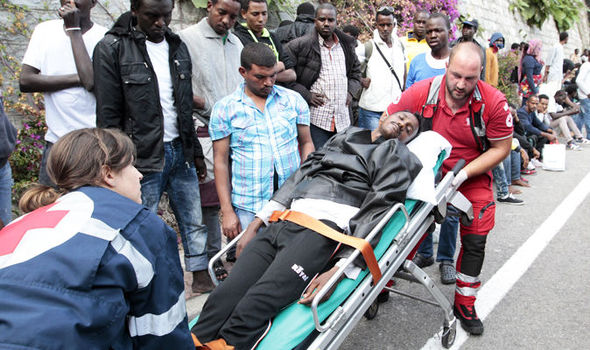 Ambulance crews also have decided that they will only enter with a police escort.

Gullible local residents were happy to welcome the first wave of refugees, according to Breitbart London. They donated clothing and other items and helped to construct the sprawling tent city, which was built for 1,000. 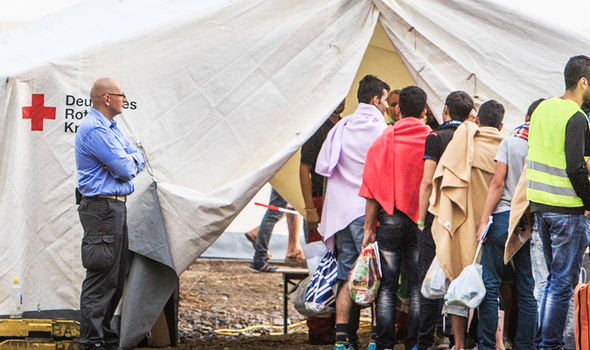 But as the camp has grown, violent incidents have rocketed. More than 300 refugees attacked out each other with metal bars and pepper spray after an Albanian cut in front of a Pakistan in a food queue.

Local Harry Kloska said: “You know, when the refugees started coming, I was one of those who saw people needing help and I thought we have to help. “But it’s been weeks [since the camp opened], and I have a different opinion now. 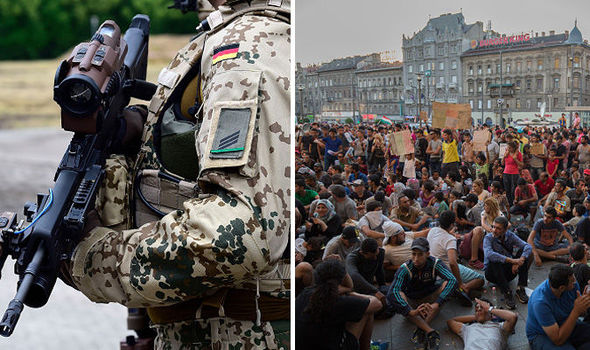 One question that’s been asked repeatedly over the past thirteen months is why Washington has been unable to achieve the Pentagon’s stated goal of “degrading and defeating” ISIS despite the fact that the “battle” pits the most advanced air force on the planet against what amounts to a ragtag band of militants running around the desert in basketball shoes. 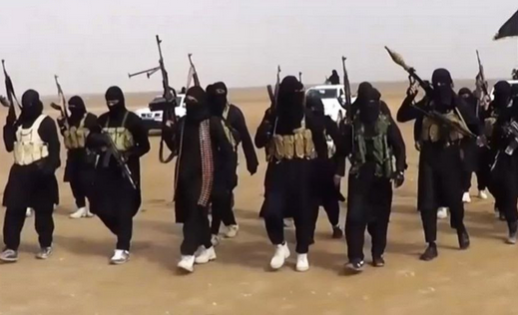 Those of a skeptical persuasion have been inclined to suggest that perhaps the US isn’t fully committed to the fight. Explanations for that suggestion range from the mainstream (the White House is loathe to get the US into another Mid-East war) to the “conspiratorial” (the CIA created ISIS and thus doesn’t want to destroy the group due to its value as a strategic asset).

The implication in all of this is that a modern army that was truly determined to destroy the group could likely do so in a matter of months if not weeks and so once Russia began flying sorties from Latakia, the world was anxious to see just how long the various rebel groups operating in Syria could hold up under bombardment by the Russian air force.

The answer, apparently, is “less than a week.”

On Saturday, the Russian Ministry of Defense said it has conducted 60 bombing runs in 72 hours, hitting more than 50 ISIS targets.

According to the ministry (Facebook page is here), Islamic State fighters are in a state of “panic” and more than 600 have deserted.

Here’s what happens when the Russians locate a terrorist “command center”:

According to The Kremlin, the structure shown in the video is (or, more appropriately, “was”) “an ISIS hardened command centre near Raqqah.” Su-34s hit it with concrete-piercing BETAB-500s setting off a series of explosions and fires that “completely destroyed the object.”

Surgical airstrikes by Russian fighter jets have knocked out a number of Islamic State installations in Syria, including the battle headquarters of a jihadist group near Raqqa, according to the Russian Defense Ministry.

“A bunker-busting BETAB-500 air bomb dropped from a Sukhoi Su-34 bomber near Raqqa has eliminated the command post of one of the terror groups, together with an underground storage facility for explosives and munitions,” the spokesman said.

Commenting on the video filmed by a Russian UAV monitoring the assault near Raqqa, Konashenkov noted, “a powerful explosion inside the bunker indicates it was also used for storing a large quantity of munitions.

“As you can see, a direct hit on the installation resulted in the detonation of explosives and multiple fires. It was completely demolished,” the spokesman said.

And here’s the Russian Defense Ministry taking a page out of the US Postal Service’s “neither rain, sleet, snow, nor hail” book on the way to serving notice that nothing is going to stop the Russian air force from exterminating Assad’s enemies in Syria:

Twenty-four hours a day #UAV’s are monitoring the situation in the ISIS activity areas. All the detected targets are effectively engaged day and night in any weather conditions.

Now obviously one must consider the source here, but Kremlin spin tactics aside, one cannot help but be amazed with the pace at which this is apparently unfolding. If any of the above is even close to accurate, it means that Russia is on schedule to declare victory over ISIS (and everyone else it looks like) in a matter of weeks, which would not only be extremely embarrassing for Washington, but would also effectively prove that the US has never truly embarked on an honest effort to rid Syria of the extremist groups the Western media claims are the scourge of humanity.

Summed up in 10 priceless seconds…

The Russian Air Force has launched airstrikes against targets of Islamic State militants in Syria, the country’s Defense Ministry said. The move was approved at a request from Syrian President Bashar Assad. US Advisors of course in their shame deny Airstrikes were against ISIS Targets.