Iraqi Christians are reportedly being tortured in local churches by the Islamic State (ISIS) in northern Iraq. A Christian resident from the ISIS-held city of Mosul, told the Sunday Times: “These two churches are being used as prisons and for torture.

IB Times  Three of the Christian prisoners died because they were sick and nobody cared for them.” The man, known as Abu Aasi, claims that Christian prisoners in the churches are being forced to convert and that Islamic State have been “breaking all the crosses and statues of Mary”. 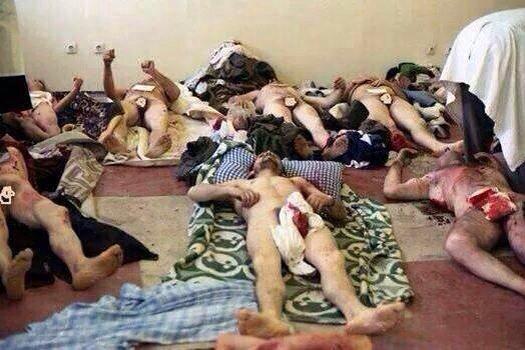 I think these Muslims just like to touch other men’s tools!

The news coverage seems to be being censored. Its getting harder and harder to find. I have videos that I am restricted from posting? Everyone in Islamoworld seems to have a voice. But those who are fighting this threat through allowing the public are being Censored on what we can, and cannot allow viewers to see. If society doesn’t see the horror that others are having to go through than the Governments don’t have to justify why they are allowing these atrocities to happen. Stop Censoring us!!!